On a recent survey there was a particularly problematic wall which had received at least two chemical damp proof courses. The visual evidence of damp was very evident:

The skirting boards have a moisture content of over 30%. 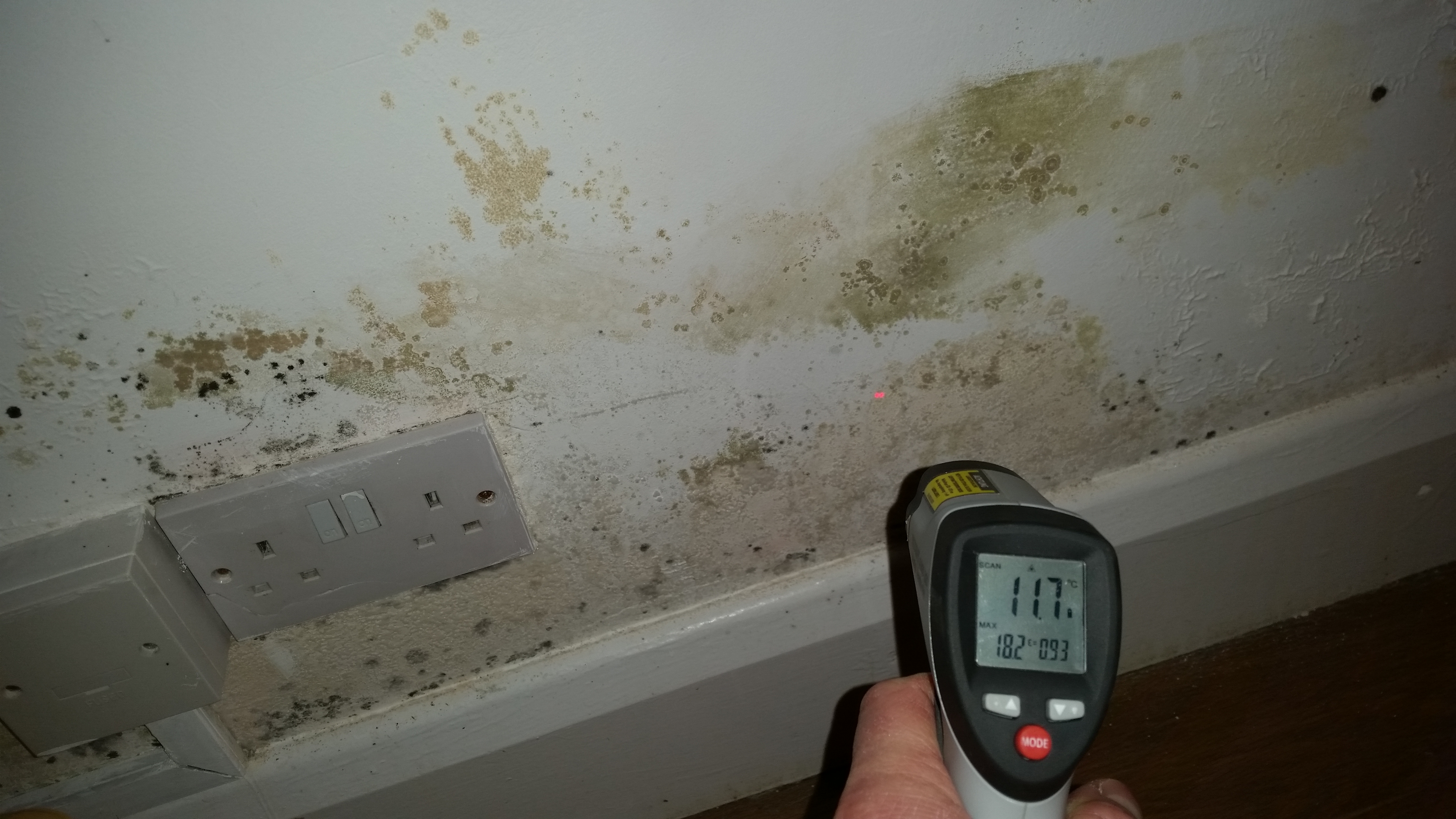 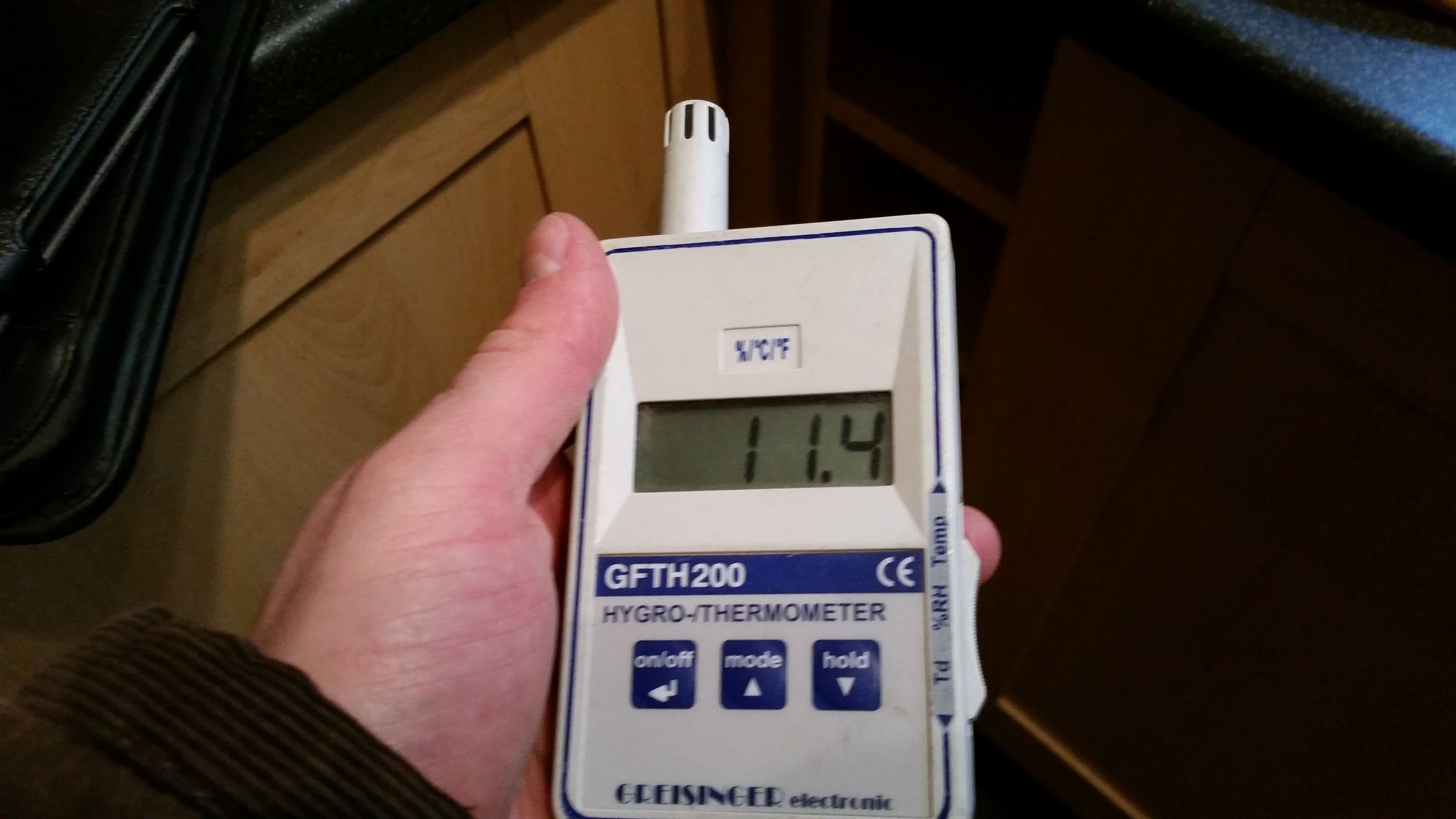 The dew point is 11.4 degrees Celsius.

What does all this mean? Well if a surface is colder than the dew point you get condensation. Although this is not the case at the time of the inspection you can be sure that as outside temperatures plummet so will the internal surface temperature of the solid brick wall.

Is there rising damp? On this survey there wasn’t scope to perform a salt test etc. and  because I know there’s condensation it is difficult to state with certainty that there is rising damp. What I would say in a blogging context is that I think the treatment for rising damp hasn’t helped with the condensation problem.

Interestingly this room has a heat exchange extractor fitted which is performing perfectly well. Yes the property needs more heat; but, my question is: Why didn’t they use a different salt protection system following installing a new chemical damp proof course. An air-gap membrane would leave warmer internal surfaces; even a renovating plaster rather than dense sand/cement render would be a vast improvement.

This was the feedback I received from the client:

“Ben was available for a damp survey very promptly. I received a quick turn around of the report, and I know this was money well spent. I now have a clear plan as to what walls / issues need attention. Ben was extremely polite and helpful and I would highly recommend him to anyone / or single mothers out their struggling to know where to start with any damp they may have in their home. After being targeted by expensive external wall treatment companies and told lies to sell me their product, I now have been given the peace of mind, and a clear plan to work with, provided by Ben. He has been in contact, and I know I have him to refer too if there is anything that I don’t understand on the report or I need further advice.” – Sirita in Dartford